The world debut of the impressive Riva 100′ Corsaro was held in Hong Kong, an increasingly significant market with a growing appetite for the iconic Italian marque. 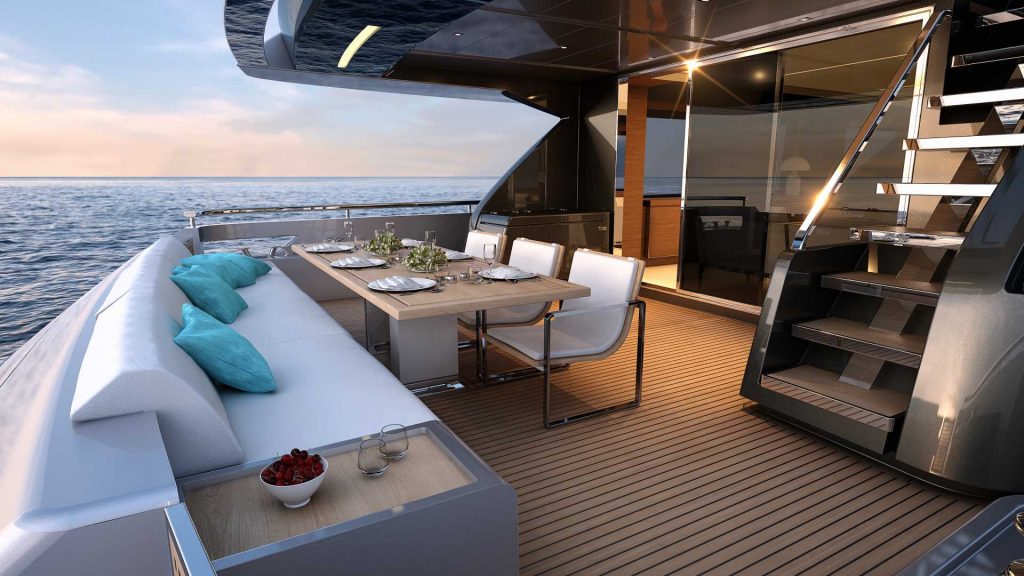 The world premiere of the new maxi flybridge yacht, the Riva 100’ Corsaro took place in Hong Kong last week with the picturesque backdrop of the Aberdeen Marina Club.

Ferretti Group hailed its launch as “a new, exciting chapter in the history of a legendary brand that is celebrating the 175th anniversary of its founding this year: for the first time, a Riva yacht has been unveiled in Asia – a continent that has always been a strategic market both for Riva and  the entire Ferretti Group”.

The world début was held during the fourth edition of “Ferretti Group Open Days”. This event, which the Group has been putting on with great success for two years now, attracts yacht owners, fans, friends and members of the press to introduce the new models that are about to be marketed in Asia.

Over 100 international guests from Hong Kong, the entire Asia-Pacific area and from Europe, were in attendance to admire the first example of a model that already enjoyed remarkable success, with seven craft already sold, and the entire production for 2017 sold out.

The new flybridge yacht is the perfect blend of comfort, performance, style and safety. Its majestic size is complemented – in an exceptionally balanced way – by a sporty look distinguished by a sleek outline, metallic colours in dark shades and broad expanses of glass.

“The world début of the new 100’ Corsaro in Hong Kong fills us with pride and satisfaction”, said Alberto Galassi, CEO of the Ferretti Group. “Riva has written another chapter in a remarkable history spanning 175 years, during which time it has established itself as one of the most prestigious symbols of Made in Italy design in America, as well as in Europe and Asia.

“It’s no accident that we decided to introduce this model in Hong Kong, since the venue again attests to the success that Riva is enjoying on the Asia Pacific market, which is essential to our Group.

“This unique, important début fully expresses our desire to tackle new challenges and reach new milestones, in the precious spirit we inherited from the inimitable genius who was Carlo Riva. We’re sure that this baptism would have made him proud, because of the breathtaking beauty of the new model, the advanced technology it is equipped with, the great attention paid to detail in its design, and even the decision to introduce it in the Far East, since Carlo Riva was a pioneer of internationalising his brand on the world’s major markets.”

The Riva 100’ Corsaro is the result of a joint effort between Officina Italiana Design, the studio founded by designers Mauro Micheli and Sergio Beretta, which is exclusively responsible for the entire Riva fleet, along with the Product Strategy Committee and the Engineering Department of the Ferretti Group. 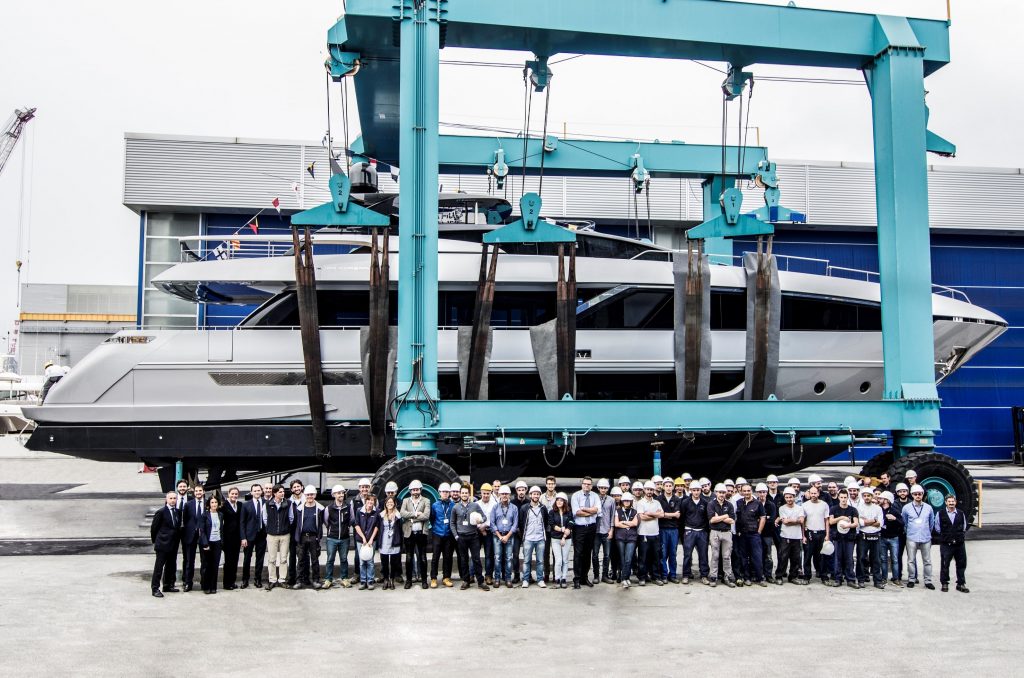