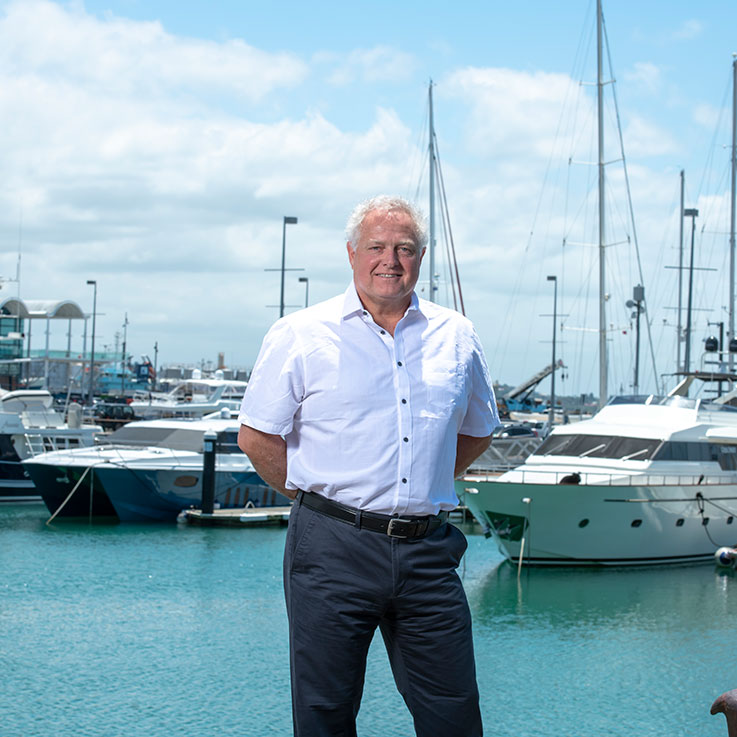 Lars’s yachting career started in 1980 when he was hired to be part of a crew delivering a 55 ft sailing yacht from Ibiza to the Caribbean, he then went on to spend most of the eighties working as a successful charter captain, cruising both sides of the Atlantic. When it came time to hang up the ’sailing boots’ Lars decided that the best way to stay involved in yachting, being land-based, was to open a yacht brokerage business in Antibes, France, and BCR Yachts was born.

During the 20 years that Lars spent in the South of France, BCR Yachts grew to, at its peak, 10 employees, who handled anything from large yacht management and crewed yacht charters, to selling yachts, including those up to or over 60 meters. Then, when the family relocated to New Zealand Lars sold the business in France and went into partnership with John Vitali. Together they created Diverse Projects in 2007, which initially concentrated predominantly on new builds (32m Black Pearl being the largest) and large yacht refits.

In 2011 Diverse Project joined up with one of the largest worldwide Brokerage houses – Ocean Independence, and became their 15th office covering Australasia and the Pacific. This cooperation proved to be very beneficial and Diverse Projects could now offer its clients a complete global service, offering both brokerage, and charter, on any yacht, anywhere in the world. When the exciting opportunity came knocking to bring the Ray White Marine name to New Zealand together with Phil Horrobin, it didn’t require much ‘arm twisting’ – especially when the ‘package’ included the NZ dealership for one of the leading global luxury brands of the Ferretti Group.